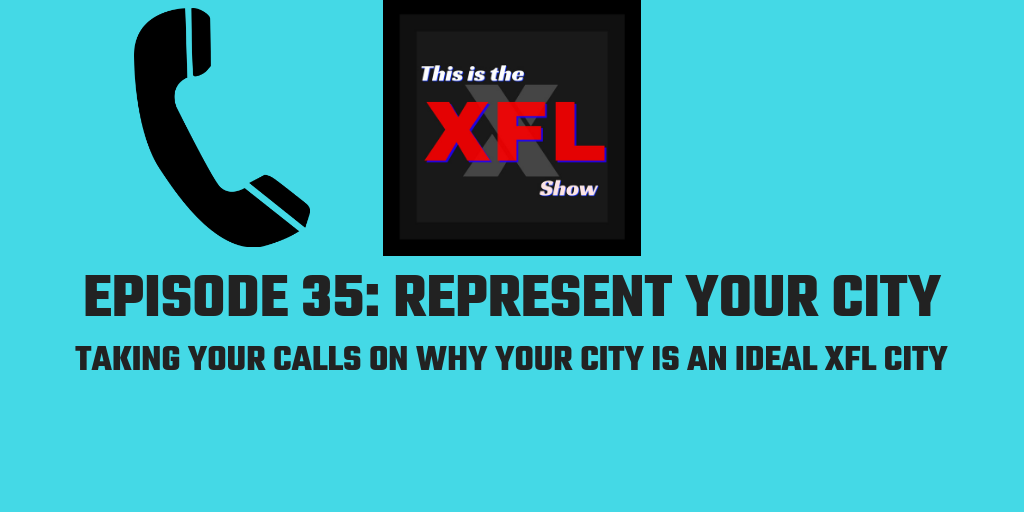 This week we open the XFL Fan Line so our listeners can state their city’s case for being an XFL city in 2020. The reaction and enthusiasm for the XFL is overwhelming and the callers are highly entertaining. Listen along with Alan, Vince and Jake and you be the judge this week as we hear some of the most passionate XFL fans explain why their cities are the best XFL cities.

2 Replies to “This is the XFL Show Episode 35: Why is Your City an XFL City?”

Have any questions for him! Call or Text the XFL Fan Line!!